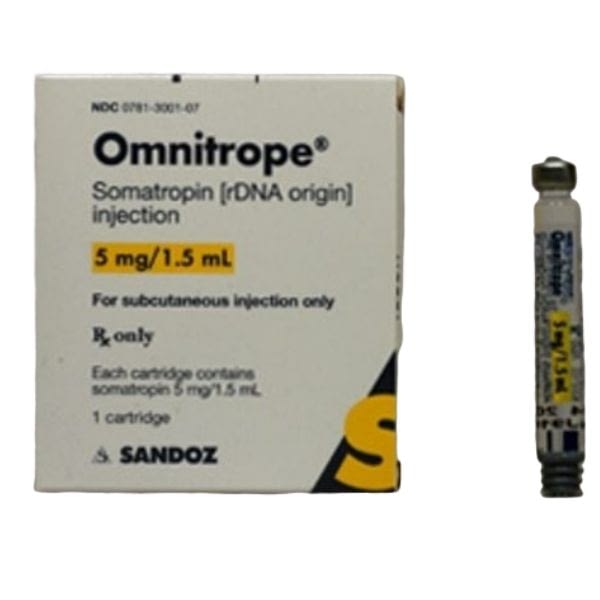 In other words, it is the synthetic version of the growth hormone that is naturally produced by the pituitary gland in the body.

Manufactured in the United States by Sandoz Inc, a Novartis company, Omnitrope is identical in structure to the HGH that is produced in the body.

This is why it is considered perfect for dealing with issues related to low growth hormone levels.

This laboratory-made growth hormone is approved for the treatment of children with HGH deficiency. Omnitrope helps to supplement the levels of growth hormone in children experience growth failure.

It is used to promote growth in children born small for gestational age; and have significantly smaller stature than contemporaries by ages 2-4.

This drug is also used for the treatment of those young people with Turner Syndrome or who happen to be short in stature for unexplained reasons.

The somatropin brand can be used to treat adults with growth hormone deficiency issues as well.

Omnitrope is approved for use in these cases whether they started during childhood or in adulthood. Adult-onset growth hormone deficiency can be caused by pituitary disease, radiation therapy, hypothalamic disease, trauma, or surgery. Please visit our store to buy more products.

Be the first to review “Omnitrope (Somatropin)” Cancel reply